My Dad has always been a huge supporter of me living an “unlimited life”. He never wanted me to be left out of anything because of my disability. When I was little he would help me climb into trees and forts, he took me ice skating and sledding, He and Mom bought me a swing for the backyard play set, and helped my climb a rock wall at fifth grade camp. He has put me on a horse and a Harley – Davidson; he even tried to take me on a helicopter, but mom put the kibosh on that one. 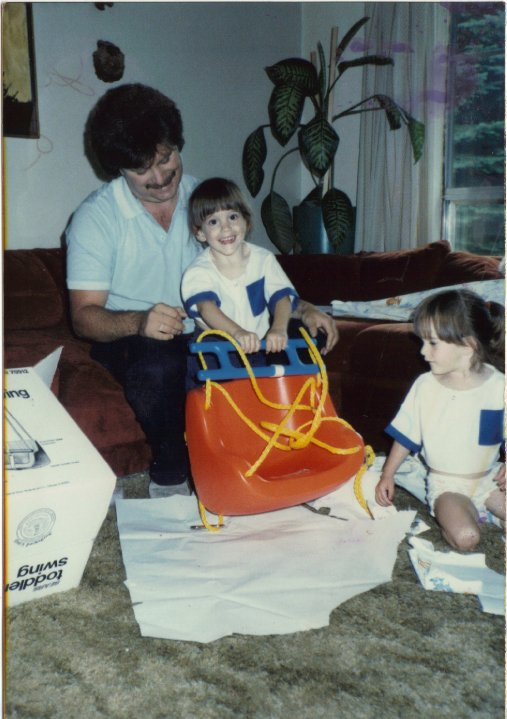 The thing that sticks out the most in my memory, however, was Dad’s campaign to get me on a bike. This campaign lasted well through high school, but it started when we were four and my twin sister and I got big wheels for Christmas. In case you didn’t know, twins always get the same Christmas gifts, it’s in the twin handbook. So even though there seemed to be no physical way for me to ride a big wheel, my dad saw this as a challenge, instead of a hindrance. When my feet kept slipping off the pedals he simply screwed a pair of my tiny shoes to the bike; which solved the slipping issue, but not the coordination issue. 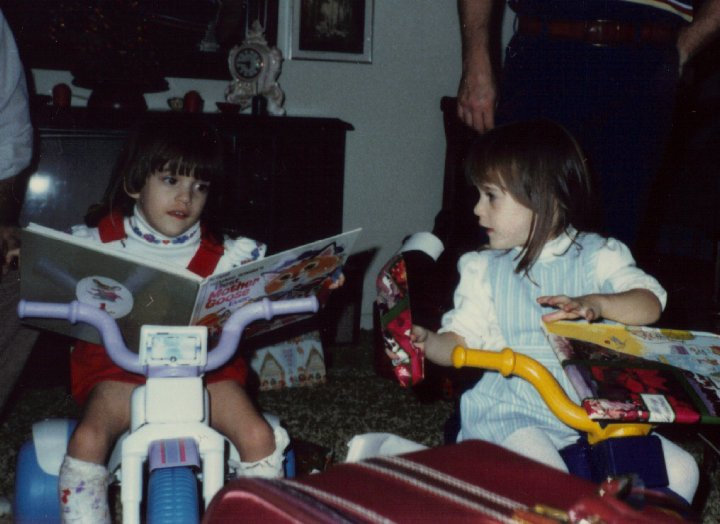 Next, Dad tried a go-cart. He took the wheels off my big sister’s Radio Flyer wagon, a fact she is still slightly perturbed about, and made the body out of wood. He painted the whole thing bubblegum pink, strapped me in using an old belt and sent me off down a hill. It took me approximately six seconds crash into the curb. Turns out, I couldn’t steer, and Dad forgot to add brakes.

When I was 11 or 12 years old, my Mom found an old adult tricycle with a motor and gifted it to me. The motor was shot, but we put some Velcro straps on the pedals, and we found that I could propel myself if I was given a push to get started. That summer, my sister and I spent a lot of time on that bike; we would walk around the block with it, and when we got to the big hill at the top, she would jump in the basket and we would go flying down the hill. I never used the brakes, but I didn’t hit any curbs either. I grew stronger, but I still had trouble with the hills and inclines, so we rigged a pulley system that would help in pulling my legs up, which was where I was having trouble. 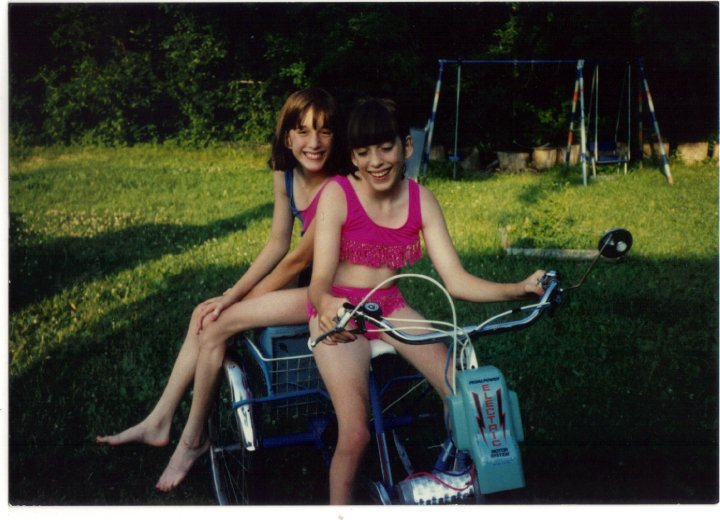 It is funny now to look back on these memories; nowadays they have all sorts of adapted cycles for those with and without disabilities. I can just imagine my dad saying to himself, why didn’t I think of that? But his efforts were not in vain; it is from him that I learned how a little creativity and hard work goes a long way, and that as long as you keep trying, you’re bound to get it right eventually.